A quick look back on a very exciting year 4.

Today is the Cryptopunks 4 year anniversary! Four years ago today we spent $8 in transaction fees to start a small, weird but cool experiment in digital ownership on the blockchain. And for the first three years of this experiment that’s what it was, really cool and interesting - but small. In the fourth year, a good portion of the world suddenly decided owning digital items on the blockchain sounded like a good idea, NFTs became the topic of conversation across almost all media and SNL made fun of the whole thing. For the first three years the Cryptopunks did $866K of sales volume. In year 4, they did $361.7M.

The Cryptopunks also arrived at the major auction houses this year. We auctioned 9 punks, including an alien at Christie’s, for a total sale price of $16.9M, including Christie’s buyer’s commission. Thanks to Save Art Space and the Cryptopunks Community, the punks appeared on hundreds of billboards across the city during the sale. About a month later, a single alien sold at Sotheby’s for $11.7M. And in just a few days from now, 5 of the Cryptopunks prints we made for the Perfect & Priceless show in Zurich in 2018 will be auctioned at Sotheby’s. 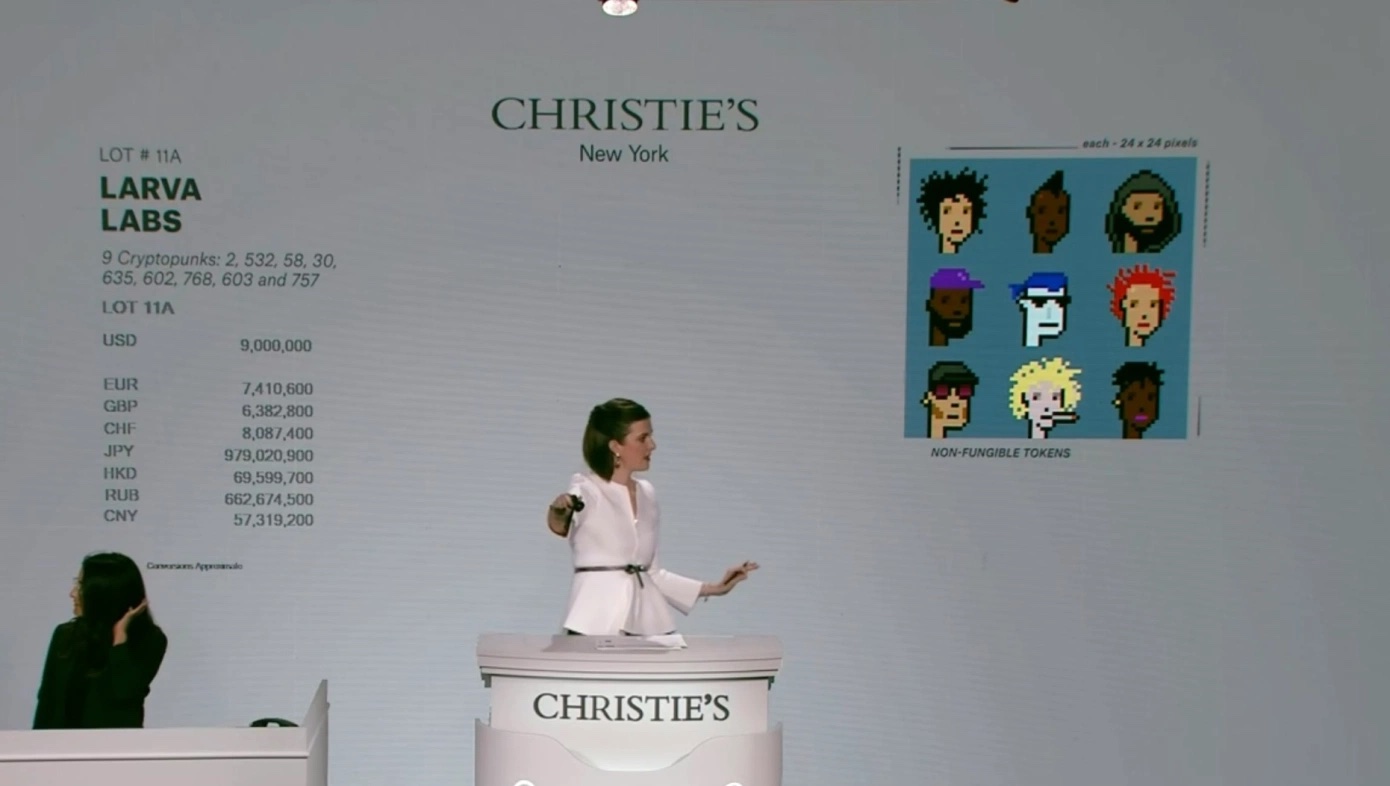 However, even with all this interest and excitement from the mainstream art market, what remains unique and powerful about the Cryptopunks is that two people anywhere in the world who don’t know or trust each other can transact a punk safely and securely for very low fees. For example, Cryptopunk 3100 was sold on March 11 of this year for 4200 ETH, valued at around $7.58M at the time. The transaction fee paid by the bidder was $27, and the seller paid just $16 to accept the bid. That’s a total commission of just 0.0006%, which is absolutely unheard of for an art transaction of that scale. Sales like these demonstrate the enormous potential NFTs have to both grow and disrupt the art market in the decades to come. We can't wait to see what years 5 through 50 have in store for the Cryptopunks!